What Are The Most Most Expensive Surgeries for Dogs?

Dog owners know that owning a dog is a responsibility on more than one level. While we can count on routine veterinary care as part of the financial responsibility of owning a dog, we don’t like to think about the worst-case scenarios. However, it’s extremely important to be prepared financially and emotionally when it comes to the possibility of surgery in your dog’s future. Below are the five most expensive surgeries for dogs:

What is a Total Hip Replacement?

A Total Hip Replacement surgery will return normal function to a dog’s hip joint which in turn alleviates the pain and discomfort associated with Canine Hip Dysplasia. A total hip replacement surgically replaces both the ball and socket parts of the joint. The surgery in a canine is very similar to that of a human.

What Does a Total Hip Replacement Treat?

Symptoms of Canine Hip Dysplasia include:

In addition to Canine Hip Dysplasia, a Total Hip Replacement may be performed to treat severe arthritis, fractures, and severe hip dislocation.

What Is The Procedure For Total Hip Replacement Surgery?

A Total Hip Replacement involves using plastic and metal implants to replace the entire hip joint, in turn bringing hip function back to a more normal range. An incision is made over the front or side of the hip. During the procedure, both the ball and socket of the dog’s hip joint are removed and replaced with implants.

What Risks Are Involved?

A Total Hip Replacement procedure is considered to be very safe and results in a high chance of improving limb function. Approximately 90 – 95% of dogs who have a total hip replacement do very well.

What Is The Average Cost?

Gastrointestinal Obstruction/Foreign Object Removal Surgery simply removes a foreign object that has been ingested by a dog that has led to an obstruction.

If you witness your dog ingesting a foreign object, please seek immediate veterinary assistance. However, if you have not witnessed the ingestion of an object, an obstruction can be identified by a number of signs.

Symptoms of an obstruction include:

What is the Procedure for Gastrointestinal Obstruction/Foreign Object Removal Surgery?

Gastrointestinal Obstruction/Foreign Object Removal is as simple as removing the object or obstruction and suturing the stomach or intestines back together. Oftentimes, the procedure can also be performed endoscopically without making an open incision.

Beyond the risk of general anesthesia and surgery, there is a risk of incisions in the intestines or abdomen opening up from complications. Complications that may lead to this include failure of the suture material and damaged intestines.

Sepsis is a possible risk as well, although not common with this procedure.

Gastrointestinal Obstruction/Foreign Object Removal Surgery may range from $2,000 to $3,500 depending upon how severe the obstruction is and the location of the object.

Tibial Plateau Leveling Osteotomy (TPLO) is a surgical procedure that is among one of the most common surgeries performed on dogs who have torn their cranial cruciate ligament (CCL), or what may be referred to as the dog’s torn ACL. TPLO surgery completely alters the dynamics of a dog’s knee so that the torn ligament becomes unnecessary to the stability of the knee.

What does TPLO Surgery treat?

The dog’s ACL is the ligament the most susceptible to injury and is by far the most common orthopedic injury to occur in dogs. This is because the knee joint is always bearing weight, with constant tension on it. It’s easy for this tear to occur during routine activities such as running.

Symptoms of a Torn ACL/CCL include:

What is the Procedure for the Surgery?

TPLO surgery essentially alters the angle of the tibial plateau (the flat surface at the top of the tibia). TPLO surgery requires a curved cut in the tibia to be made from the front to back. The tibia is rotated backward until the angle between the tibia and femur is considered level. Once this is accomplished, the femur can no longer slide backward meaning the knee is stabilized immediately.

TPLO surgery has been in existence for over 20 years and has proven to be an incredibly effective long-term solution for addressing an ACL/CCL tear in dogs. This procedure has quicker recovery and superior long-term results to other surgical procedures.

Minor complications may occur post-surgery, including swelling and bruising. Failure of the implant is very rare but is the most serious risk associated with TPLO surgery.

The cost of a TPLO surgery ranges from $3,500 to $5,500. Typically, this cost includes pre-surgery blood work, anesthesia, pain medication, the surgery itself, post-surgery care, and after-care medications.

What is Intervertebral Disc Disease Surgery?

IVDD surgery exclusively treats Intervertebral disc disease (IVDD). This disease is the condition of a bulging, slipped, ruptured, or a herniated disc and is a gradual degenerative, age-related process. Due to the compressing of the spinal cord, a dog’s mobility and neurological functions may be impacted.

IVDD may occur in the dog’s back or neck and is often seen in Dachshunds, Pekingese, beagles, basset hounds, and Shih Tzus. However, IVDD can affect any breed and size of the dog.

What is the Procedure For The Surgery?

IVDD Surgery may involve a variety of different techniques depending upon the severity of the condition. In some cases, it involves a hemilaminectomy (a window in the bony spinal canal) being made where the diseased disc material is removed.

In the majority of disc herniations in the neck, the diseased disc material is removed through a ventral slot also known as drilling a hole from underneath the disc.

The rate of success for an IVDD surgery is based on the severity of the symptoms prior to the procedure. However, surgery for ruptured and herniated discs is performed commonly with few known issues.  Complications can include infection of the surgery site, worsening of neurologic signs, and ongoing spinal cord damage.

The average cost of IVDD surgery may fall between the range of $1,500 to $4,000. However, this estimate does not include the cost of pre-surgery workup such as x-rays, diagnosis, medications. etc.

What is a Gastropexy?

A gastropexy is a surgical procedure that is often performed in large breed, barrel-chested dogs to prevent Gastric Dilatation and Volvulus (GDV), also known as bloat.

A gastropexy may be performed as a preventive measure in a young, healthy dog predisposed to GDV such as Great Danes, German Shepherds, and Standard Poodles. Oftentimes, a gastropexy is performed at the time of spay/neuter surgery.

What Does Gastropexy Surgery Treat?

Gastric Dilatation-Volvulus (GDV) is a serious, life-threatening condition that is known to largely affect large, barrel-chested dogs. This condition begins with the stomach extending aka bloating due to excessive gas produced. Oftentimes, this occurs after a large meal or drinking an excessive amount of water.  Due to the bloat and stomach distension, it is more likely for the stomach to rotate or twist out of its normal position. Once the stomach is flipped out of its normal position, it applies pressure on the diaphragm resulting in labored breathing. In addition, an enlarged stomach presses on major blood vessels in the abdomen causing circulatory issues and resulting in shock.

Symptoms of GDV include:

What is the Procedure for the Surgery?

Gastropexy is considered a major operation and requires general anesthesia. The procedure may be performed in a traditional approach with a large abdominal incision. However, it may also be performed with a laparoscopic technique, which is minimally invasive with significantly smaller incisions. Through either technique, the stomach will be surgically attached to the abdominal wall. This prevents the stomach from twisting out of its normal position in the future.

A gastropexy is considered to be a low-risk surgery outside of the general risk of surgery and anesthesia. Failure of the gastropexy is uncommon as long as muscle to muscle apposition is accomplished during the procedure.

The recovery time is considered to be short, generally from 7-10 days.

The cost of a gastropexy is significantly more expensive when performed in an emergency manner, ranging anywhere from $3,000 to $6,000. The cost of a preventive gastropexy averages around $1,400. 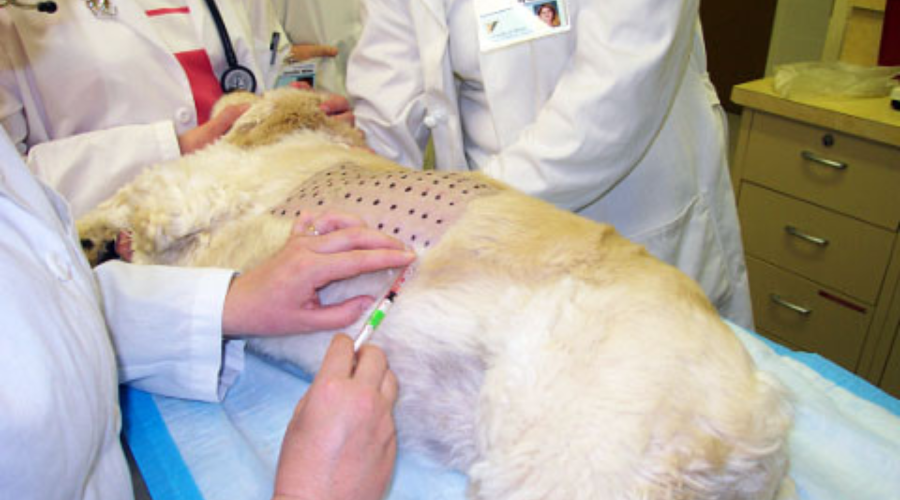 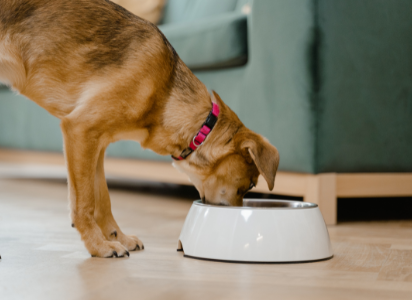 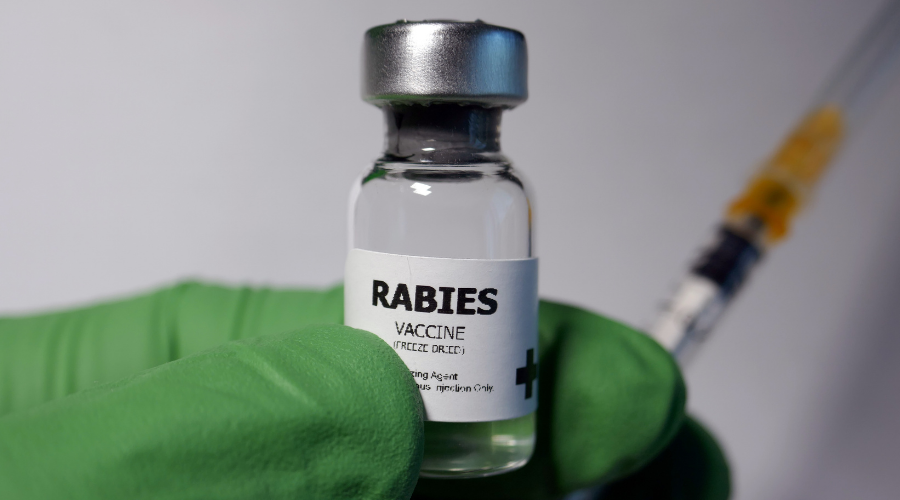 Why Do Dogs Need the Rabies Vaccine? 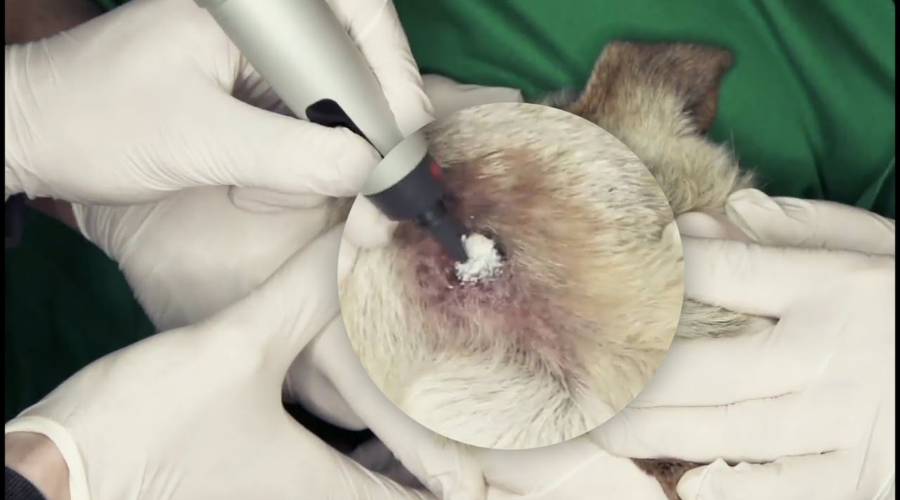 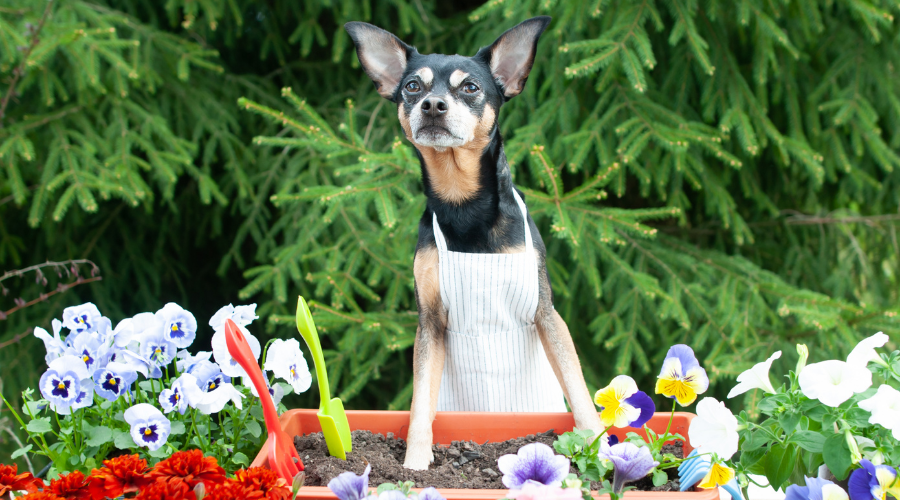